Arab Woman Award's artist of the year 2015, Noura Bouzo completed her Bachelor degree in Fine Arts and her MA in the History of Art from the University of London's SOAS. At 23, Noura co-founded the first Arts and Culture Magazine in Saudi Arabia and became its creative director. Noura is also a full time artist working with mixed media. This December she presented her latest artworks in a solo exhibition entitled "A Miniature {Af}Fair".

A Miniature (Af)fair is a collection of witty paintings and installation pieces that evoke Islamic miniatures and 14th century Islamic objects through today’s materialistic world. Noura, who received her masters in Art History with an emphasis on Islamic art, depicts scenes that were based on classical fables and religious stories demystified with modern backdrops of fairs and amusement parks. Arabic scientists, from Islam’s golden age, struggle to find a voice amongst plastic toys in a crane game; paradise is just as attainable as those newest pair of designer shoes; and Noah’s arc stands still in the desert with popular animals on board.

Once poised and illuminated with intricate gold foil, the characters appear lost or amused only to be illuminated by amusement park lights or just left to fend for their own significance. Their garments, illustrated in treatises with arabesque patterns in beautiful colors, have been replaced here with colorful bubble wrap patterns. Calligraphy plays a sedentary role unlike the key role it played in Islamic scientific treatise, assemblies, and its main role in religious treatise.

ALL RIGHTS FOR THE PHOTOS RESERVED TO NOURA BOUZO 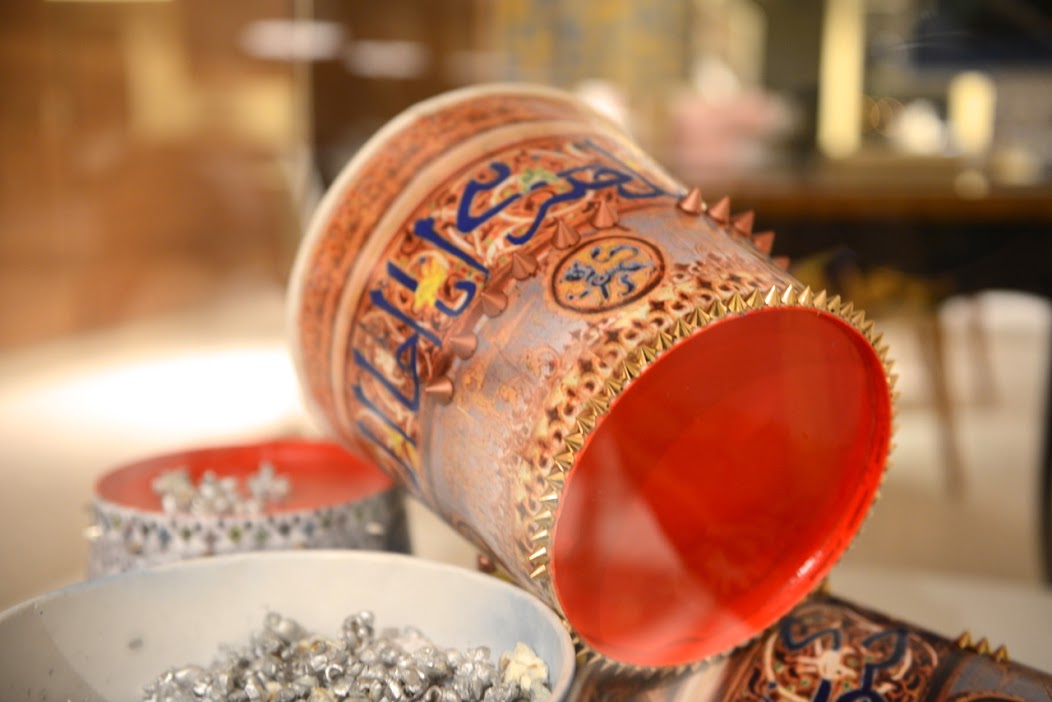